25/06/2018 Blogs
Lead worker refers to the excellent workers in the workforce (front-line operation employees in the production workshop, below the team level (excluding the team)), who have been working in the company for 5 years, with high technical operation level, good professional ethics, rich practical experience, excellent innovative performance, outstanding contribution, and be recognized by the majority of employees.

The selection of the “Lead Worker” of Qingyunshan Pharmacetical Co., Ltd has been carried out since the end of April. Each workshop strictly followed the selection criteria to select the employees. After discussion in the meeting, review by the head of the production department and approval by the executive vice president, the final list of lead workers was determined as: Luo Xiaoqi of raw material workshop and Li Xianhua of preparation workshop. And the award ceremony was held for them on May 23, 2018. Let's find out what kind of person our " Lead Worker"

Luo Xiaoqi
He joined the company on March 01, 2006, is a production line staff of the raw material workshop. There has been almost no leave (except sick leave) since he joined the company. His work arrangements are reasonable and orderly.

As a pharmaceutical extraction shift leader, he often pointed out the improper operation of operators and corrected them. During the production process, he was able to assist the engineering department in solving equipment problems at the first time. For example, during the production of dispensing granules, the inspissator often fails in the evening. He was the first to cooperate with the engineering department to solve the problem.

During 16 years, many truck drivers smoked in the production area. He saw and directly stopped their smoking behavior no less than 2 times .

Comprehensively considering the company's production situation, he was often assigned to different processes in each workshop. His work enthusiasm and attitude in other workshops and processes are more satisfactory compared to others.

When he was working in the drug extraction workshop, he found problems in the production and corrected the operators in time, checked the feeding information strictly, and occasionally covered the shifts for colleagues who had urgent matters, which led to him being praised by the staffs of various workshops.

Among the current extraction staffs, he is one of the most proficient workers. Good at mastering time, temperature, specific gravity, visual information experience, etc.

All along, no matter which post he is transferred to, he has been able to play a leading role. Work actively, reflect problems actively, make many good suggestions, and get along well with colleagues. Li Xianhua
Joined the company on November 10, 1991, is a production line staff of the formulation workshop. She has worked diligently for 27 years and is fully qualified for various jobs

She is proficient and familiar with the operation of this position, such as filling machine, reasonable selection of measuring trays according to the nature of the material, such as when there is a misalignment of product sealing, can quickly and well adjust.

She is able to suggest possible causes and assist in solving situations such as splinter and loose pieces during tablet pressing.

She can judge the location of faults according to the sound of the equipment and assist the engineering department in troubleshooting.

She can actively promote the production operation, especially in tablet pressing, filling and coating, and try to explore new operation methods on the basis of GMP to create value for the company.

She has brought new people in granule dividing, and is bringing new people in filling and tablet pressing. The new people have basically mastered the essentials.

She has a more sophisticated technique in pressing and filling. She can be the first to find the problems that many employees can not find, such as abnormal sound in filling.

She is good at exploring the production of new varieties. For example, when it is difficult to fill or stick modules during the filling of new generation processing varieties, she will organize operators or managers to focus on discussion and put forward reasonable suggestions at the first time. Wow, the prize has a trophy, certificate of honor and bonus (a one-time award of 2,000 yuan, and during the term of one year, a monthly allowance of 200 yuan). Is it not very attractive, very struggling, very lofty? I must, must, must try to do the next "leader worker", but the first step should be transferred to the production line operation for 5 years first. The day will bring down a great responsibility to such a person. You must first work hard, strain his muscles and bones, starve his body and skin, and lack his body. Come on, you can! 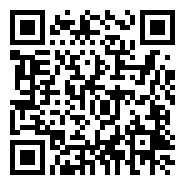