Cinnamon (Cinnamomum cassia), a plant of the Lauraceae family, is native to China and is currently also distributed in places such as India, Laos, Vietnam and Indonesia. Cinnamon bark is often used as a spice, cooking material and medicine. Cinnamon has a mild stimulating effect on the intestines and stomach, and can relieve the spasm of gastrointestinal smooth muscles, and has a strong anti-ulcer effect; it can antagonize platelet aggregation, improve the cardiovascular system, and can regulate the body's immunity. 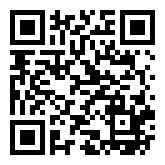