Cordyceps Militaris is a species of fungus in the family Cordycipitaceae, and the type species of the genus Cordyceps. It was originally described by Carl Linnaeus in 1753 as Clavaria militaris.C. Militaris can be cultivated in a variety of media including silkworm pupae, rice, or liquid nutrition. It is considered inedible in American sources, but in Asia the fruiting body is cooked as a mushroom in dishes like chicken soup.C. Militaris is a potential harbour of bio-metabolites for herbal drugs and evidences are available about its applications for revitalization of various systems of the body from ancient times. In traditional Chinese medicine, this fungi can serve as a cheap substitute of Ophiocordyceps sinensis, because both of them contain cordycepin. 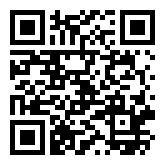