Formally known as epigallocatechin gallate, EGCG is a type of plant-based compound called catechin. Catechins may be further categorized into a larger group of plant compounds known as polyphenols.
EGCG and other related catechins act as potent antioxidants that may protect against cellular damage caused by free radicals.(1.)
Free radicals are highly reactive particles formed in your body that can damage your cells when their numbers get too high. Eating foods high in antioxidants like catechins may help limit free radical damage.
Additionally, research suggests that catechins like EGCG may reduce inflammation and prevent certain chronic conditions, including heart disease, diabetes, and some cancers.(1.& 2.)

Much of EGCG’s claim to fame comes from its strong antioxidant capacity and potential to reduce stress and inflammation.
Free radicals are highly reactive particles that can cause damage to your cells. Excessive free radical production leads to oxidative stress.
As an antioxidant, EGCG protects your cells from damage associated with oxidative stress and suppresses the activity of pro-inflammatory chemicals produced in your body, such as tumor necrosis factor-alpha (TNF-alpha) (3.).
Stress and inflammation are linked to a variety of chronic illnesses, including cancer, diabetes, and heart disease.
Thus, the anti-inflammatory and antioxidant effects of EGCG are thought to be one of the main reasons for its broad disease-preventing applications (1.).

Heart health
Research suggests that EGCG in green tea may support heart health by reducing blood pressure, cholesterol, and the accumulation of plaque in blood vessels — all major risk factors for heart disease.(4.& 5.)
In an 8-week study in 33 people, taking 250 mg of EGCG-containing green tea extract daily resulted in a significant 4.5% reduction of LDL (bad) cholesterol (6.).
A separate study in 56 people found significant reductions in blood pressure, cholesterol, and inflammatory markers in those taking a daily dose of 379 mg of green tea extract over 3 months (7.).
Though these results are encouraging, more research is needed to better understand how EGCG in green tea may reduce heart disease risk.

Brain health
Early research suggests that EGCG in green tea may play a role in improving neurological cell function and preventing degenerative brain diseases.
In some studies, EGCG injections significantly improved inflammation, as well as recovery and regeneration of neural cells in mice with spinal cord injuries. (8.& 9.)
Additionally, multiple observational studies in humans found a link between a higher intake of green tea and a reduced risk of age-related brain decline, as well as Alzheimer’s and Parkinson’s disease. EGCG is a powerful compound that may benefit health by reducing inflammation, aiding weight loss, and preventing certain chronic diseases.
It’s most abundant in green tea but also found in other plant foods.
When taken as a supplement, EGCG has occasionally been associated with serious side effects. The safest route is to consult with your healthcare provider prior to adding EGCG to your routine to ensure this supplement is right for you. 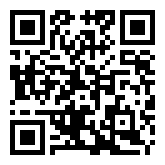