Tech-Inno Cup
Highlights of the moment + + + + + + + + + + +
Some of my colleagues knew they had a professional level when they struck. The shots were not only fast, but also accurate and hard. Some groups happen to meet each other in a chess match and are indistinguishable from each other. The white balls were flying around in the air, which was something else! Everyone played with great enthusiasm, and the colleagues watching were thrilled to sweat for the side they supported. In the end, "you said team" won the championship of the competition, "Yu Zu different team" and "they are not my team" won the second and third place respectively.
Award moment
Champion With wonderful teamwork and excellent individual ability, "You are right Team" won the championship in this "Tech-Inno Cup"! The second place team, "badminiverse Different Teams ", won the second place in the "Tech-Inno Cup" with their perseverance and excellent deployment of troops. On this green field, every player
The tiger's feet will be the wind.
The cooperation is open and loose, the tacit understanding is shown
Each player's offensive and defensive skills will make the game more exciting.
The passion of the field swells the heat
The soccer ball flutters from side to side, attracting attention
The goal has a good sound, and the excitement blooms
The "Tech-Inno" soccer game showed us
The persistence, hard work and love of Tai people Champion
Who dares to cross the sword, only I am the terminal general
Champion of "Tai Happy" Soccer Tournament: Terminal Group In the fun games, each group cooperated well and played well, bringing us laughter. The 2022 Ningbo Taiyi Health - "Tai Yu Cup" Badminton Tournament, "Tai Happy" Football Tournament and Fun Games ended successfully with the active participation of all leaders and colleagues and the hard work of all staff. Thank you all, let's see you next year!
Share：
Previous Congradulations--Warmly celebrate the grand opening of Taiyi Health's three regional marketing centers!
Next Herb Green Health At SupplySide West USA 2022
Back to list 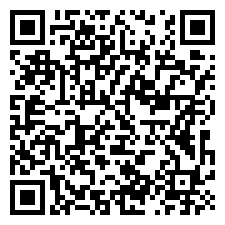